Travel broadens the mind, as the saying goes. I love finding little nuggets of information about new places when I visit them. Here are 10 random facts I learnt  about Finland when we went to Helsinki last year.

1. Finland is a Young Nation

Having become independent in 1817, Finland is still a young nation. It’s long been a part of Sweden and then Russia, and still retains many links to these two countries. Swedish language is used quite commonly. For example, street names are in Finnish and Swedish both.

The Russian culture is also clear to see, with a number of Russian churches in Helsinki and a statue of Tsar Alexander II in Helsinki’s central Senate Square. The largest minority in Finland is also Russian. 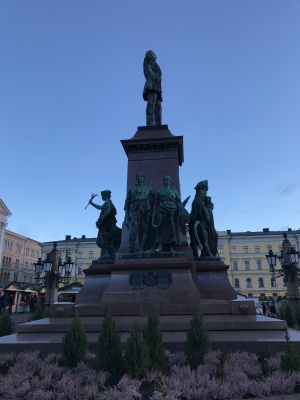 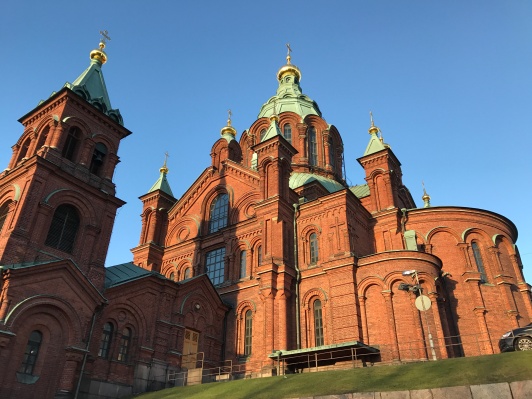 2. The Language is Difficult (at first glance, at least)

At first glance, Finnish words appears to be very long and complex, but that’s until you realize that in Finnish, individual words are stringed together to form new words, which in essence are phrases. For example, Kaukokaipuu in Finnish means a strong impulse or longing to travel.  Kauko = Remote, Kaipuu = Longing. So, once you know a number of Finnish short Finnish words, you can put them together to form longer words.

3. They still have Emergency Sirens

In Helsinki, on the First Monday of each month, there is an emergency siren test at 12 noon. This is to keep public prepared in case of emergencies, including invasion.

Like many Scandinavian countries, Finland has fish for breakfast, lunch and dinner. You can get fish cooked in every imaginable type at local markets.

5. Don’t arrive on a Sunday  Evening

If at all possible, don’t arrive in Helsinki on a Sunday evening. We did, and discovered that only a very few places to eat and drink are open here on a Sunday evening. everything closes early on a Sunday, including the Christmas Market and hotel restaurants. As we discovered later, one of the reasons for this was that as wages are so high in Finland, (and Sunday its usually triple pay), it is not cost effective for retailers to employ staff on weekends.

In Finland, they also sell all sorts of things related to Saunas, including Sauna Hats. These are light felt hats to wear in the sauna or steam room. You lose most of the heat from the top of your head, so wearing a sauna hat will keep your head dry and cool, allowing your body to heat up without getting overheated. Saunas are really popular in Finland. Sauna’s are open late into the evenings, allowing people to go in after work and may be even after dinner.

I tried Blueberry Juice for the first time on Finnair, on the way to Helsinki. Once we got there, it was everywhere. At breakfast, in cafes and you can even buy dried blueberry powder.

8. Finland has the second largest ice breaker fleet in the World

After Russia, Finland has the largest ice breaker fleet in the World, which I am sure comes in handy in the long winters with temperatures below zero. 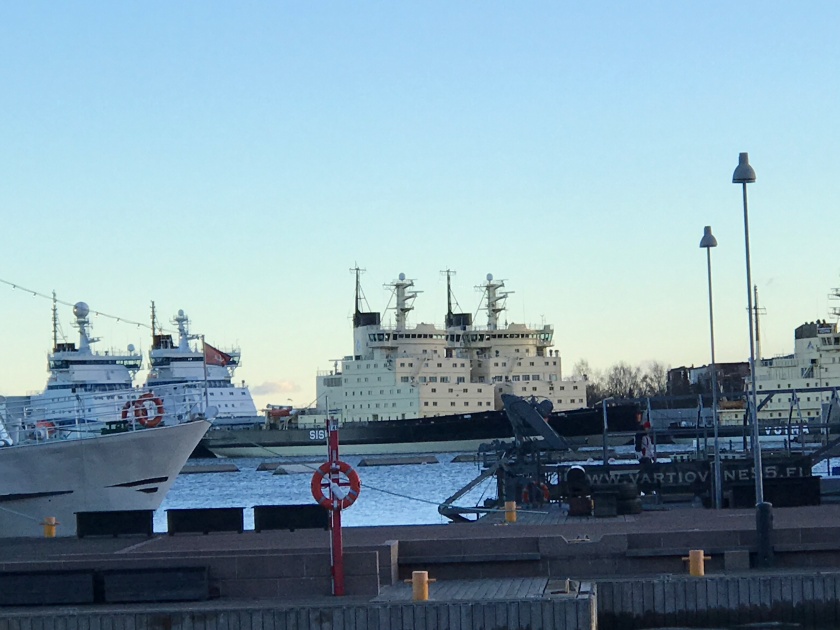 9. They have a Prison Hotel

Or rather, a former prison, now converted into a hotel. Hotel Katajanokka, used to be a prison dating back to the mid 1800’s. The prison closed in 2002 and the hotel opened in 2007. Former prison cells are converted to hotel rooms. Each bedroom is made up of   3 former cells. Couple of the former cells have been left as they were as an exhibit. The hotel restaurant uses tin crockery, in keeping with the prison theme.

The UK X-factor 2016 runner-up Sarah Alto is from Finland. Now, I realise that this is not news to millions of people, but I only found out when we stumbled across her homecoming concert in the Senate Square in Helsinki. All the locals there asked us to vote for her when they realized we were from the UK.

Red sky at night....
Spring evening walks...(although, the day did start with snow)
Met these guys on a walk a couple of weeks ago....
Autumn is here!
G is for Grand Canyon. Another World famous sight, where the hype is well deserved. The Canyon stretches as far as the eye can see, and the coloured layers of rock is a geology lesson, where you can see from the present day to the Vishnu Basement rocks that are over 2 billion years old. I’d highly recommend staying overnight at the Canyon, to see the sunset and the sunrise and taking the drive down the “Desert View Drive” to see the Canyon from different viewpoints.
F is for France. I have lost count how many times I have been to France. I have been there in the winter, spring, summer and the autumn; in transit, for work, and for holiday. Always a pleasure, never a chore. Few photos from trips over the years:
E is for Eiger. The Eiger (meaning The Ogre) is ~4000m high mountain in the Bernese Alps. It overlooks Grindelwald and Lauterbrunnen in the Bernese Oberland of Switzerland. These photos are of the North-face of the Eiger - one of the six great north faces of the Alps, known for their difficulty in climbing and height.
D is for Dubrovnik. I visited Dubrovnik late last year. There is a lot of hype about this walled city on the Adriatic, and in my view, it is well-deserved. The city is immaculate and looks like something from a filmset. Nearby Lokrum island is great for a day trip and a dip in the blue sea.
C is for Carpathian Mountains. I saw the beautiful vistas of the Carpathian mountains during a trip to Romania in 2019. These mountain range is also home to the largest population of Brown Bears in Europe. (Swipe to see the 🐻)
B is for Birmingham Cocktail Weekend. Three days of summer, with more cocktails than you can imagine, at some of the best venues in Birmingham.
A is for Athens. Athens is a perfect destination for a short city break or a stop over on the way or from a Greek island break. The city is teeming with thousands of years of history, the Acropolis, the Parthenon, the Agora, to name a few. This photo is of the Temple of Hephaestus in the Ancient Agora.
It is editing season here @diaryofatourist. This photo is from my first ever post - about the Wookey Hole Caves - A system of limestone caves in the South West of England. We visited in January 2015. .
Another trip down memory lane. This was a day trip to Montenegro, last year. We went to Kotor, Budva, Perast and Our Lady of the Rocks. Hemmed in by granite mountains and dotted with Medieval Towns, Kotor Bay feels like it belongs in a fairytale. Polished up post now on the blog. Link in Bio. .
There’s the middle of nowhere, there’s the back of beyond, and then there is St Kilda. St Kilda is an archipelago located 50 miles off the coast of Outer Hebrides, and has the honour of being both the Western most British Isle as well as the most remote British Isle. It is also one of UNESCO’s 39 dual heritage sites around the World – and the only UK site on the list.
One good thing about the lockdown is that it’s giving me the time to catch up on blogging. I have been going through old posts and polishing them up. This photo is from my trip to Dubrovnik last year. Gorgeous sunny weekend, in a beautiful city. Blog post link in bio.
Wishing all my friends and family a very happy Sri Lankan new year! May the new year bring you much happiness, health and prosperity!
Spending the Easter weekend travelling Full Circle with Michael Palin. I’m halfway through the trip, and so far covered Alaska, Russia, Japan, Korea, China, Vietnam, Philippines, Malaysia, Indonesia, Australia and New Zealand.
Question: What do you get a travel nut for their Birthday?
Wishing a happy Lunar new year to everyone celebrating. Here’s hoping for better news about the coronavirus outbreak. Throwback photo from when we visited Chengdu Panda Breeding Research centre last year. .
Time to start enjoying Christmas presents! (Thank you @jeanette.reynolds.98). Top of my list this year was Michael Palin’s North Korea Journal. A fascinating insight into one of the most secretive states in the World, and to travel documentary film making. To top it off, the journal is so well written. (I clearly have much to learn about travel writing). I finished reading it in 24 hours (over 2 sittings), along with watching the documentary (available on @britboxtv) at the same time.