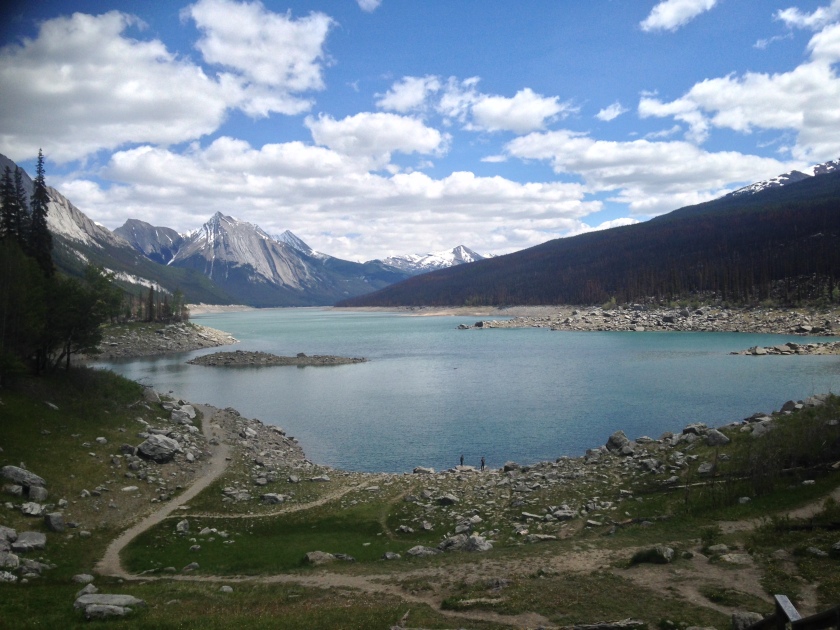 It’s Day 3 of our Canadian Road Trip (Read about Day 1 and Day 2). We were going to spend the day in Jasper National Park, but had made no plans as to exactly what we’d be doing. The Jasper park guide (which we received at the entrance to the park the day before) was a big help in deciding what to do. The park guide divides Jasper into five regions for exploring .

The guide was extremely useful, providing maps (marked with picnic areas, rest room facilities and routes), highlights of each region and a list of hiking trails (with distances and difficulty for each listed) for each region. The guide also included wildlife spotting tips and bear advice. (More on this later). 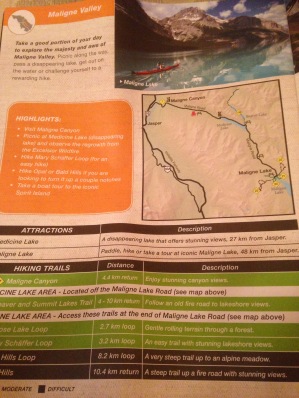 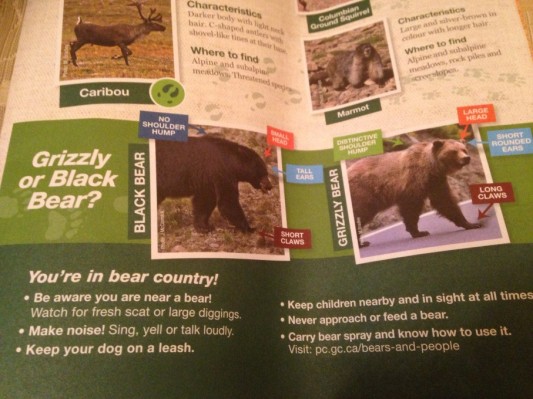 We decide to wander out of town and go to Miette hot springs, as we liked the idea of soaking in the springs after a nice long hike. The route to get there was another scenic drive, on Highway 61. 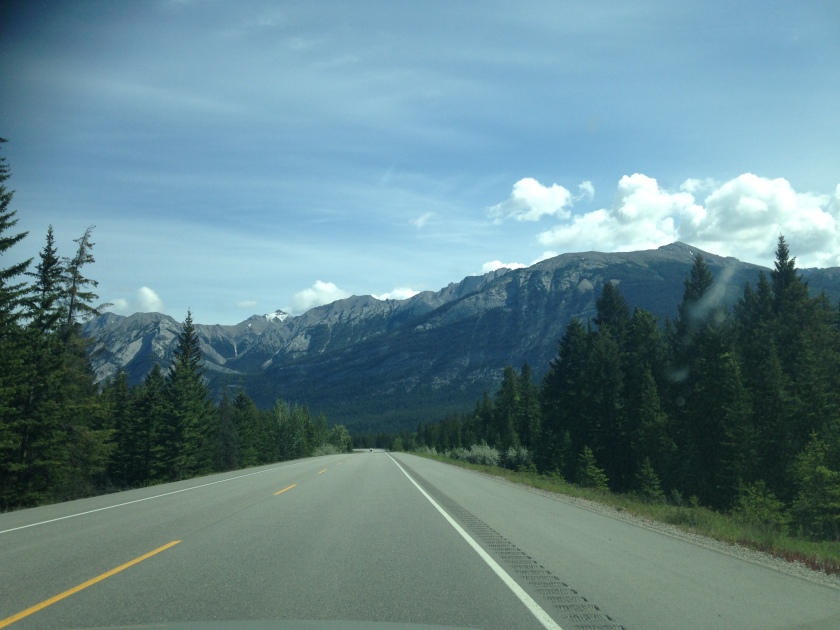 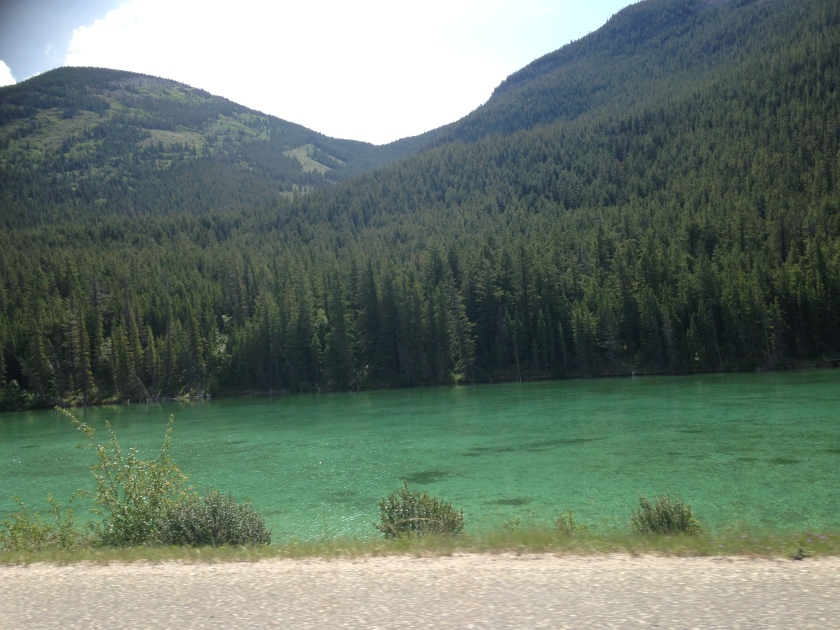 We saw some big horned sheep on the way there. For the entire trip, these were the only wildlife who stayed still long enough for me to get a photo 🙂 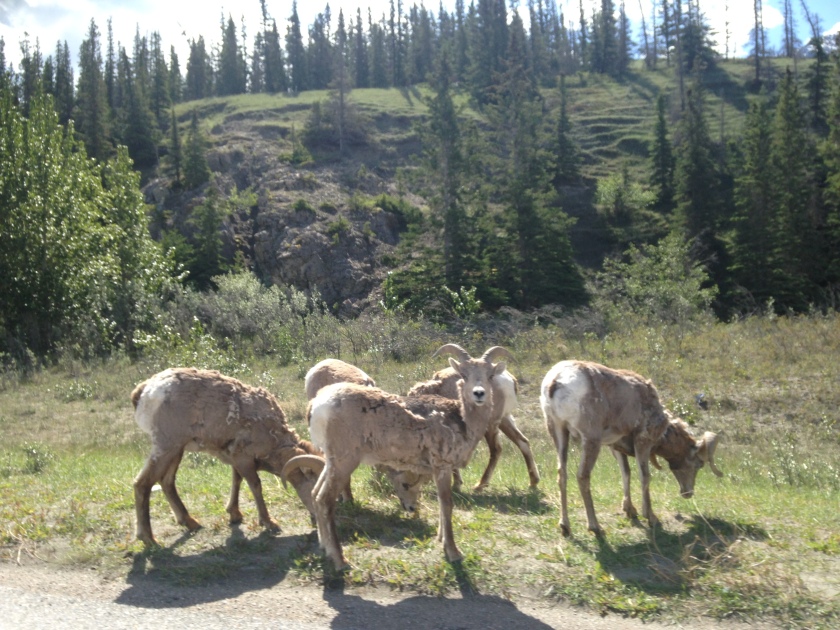 Miette springs are on the Eastern edge of Jasper national park, about 1 hour drive from Jasper and 3.5 hour drive from Edmonton. To get to the springs, you turn off highway 61 at Pocahontas cabins. The road is well sign posted so you can’t miss it. Then starts the windy and  (even more) scenic route to Miette Springs. 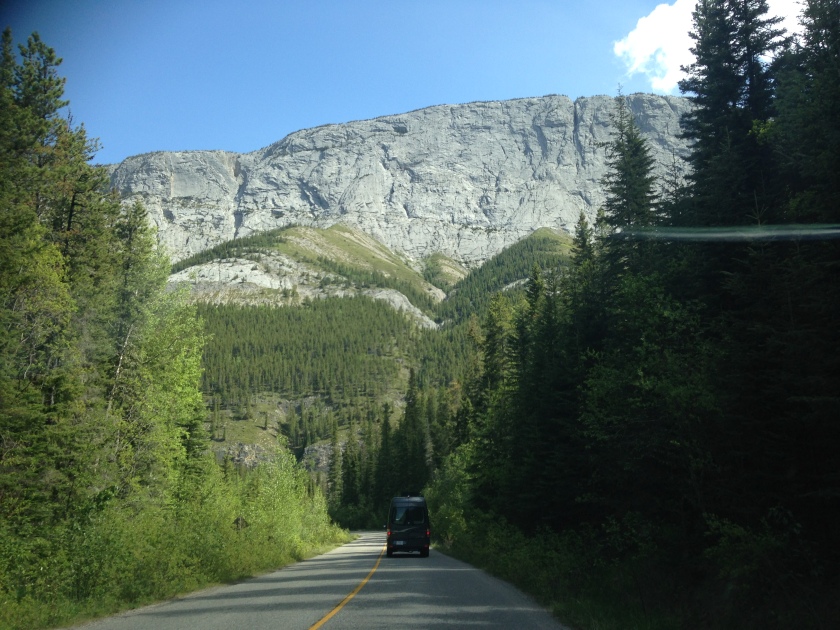 At Miette Hot Springs, there are 3 spring outlets providing 1540 litres of mineral rich water per minute. Water flows from the mountain at 54°C and cooled to a comfortable 40°C by the time it gets to the pool.

After getting to the springs and parking up (parking is free), we first set off on the shorter Source of the Springs hike. This is a nice and easy walk following the hot water spring from the car park back to its source. 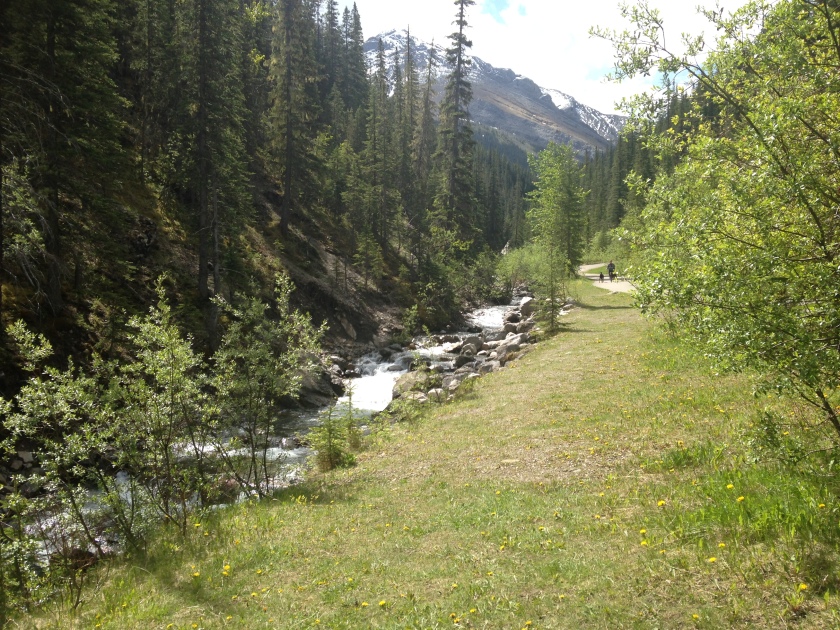 On the way, you pass the old bath houses, which are now derelict. There are some photos to show the bath house in the olden days. We were surprised to find out that the springs have been popular with visitors since the 1930s. 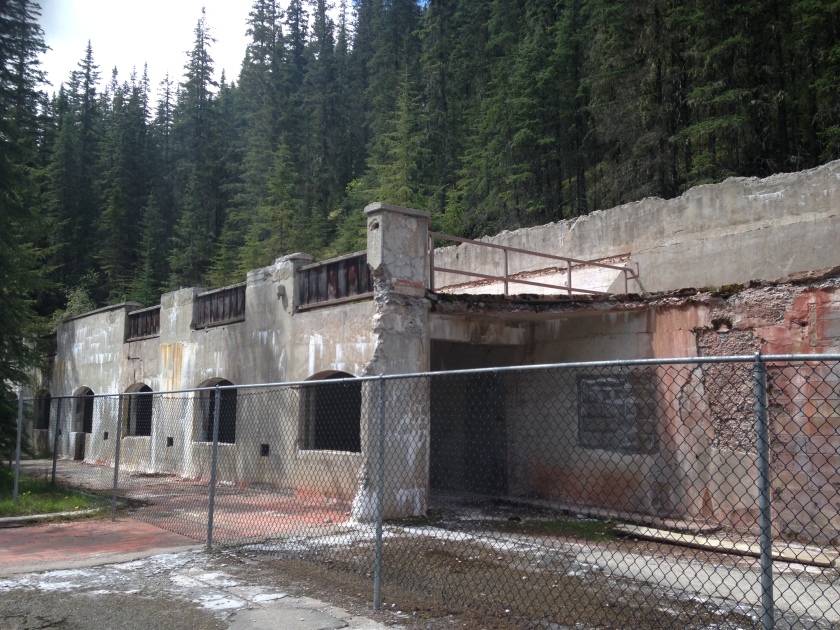 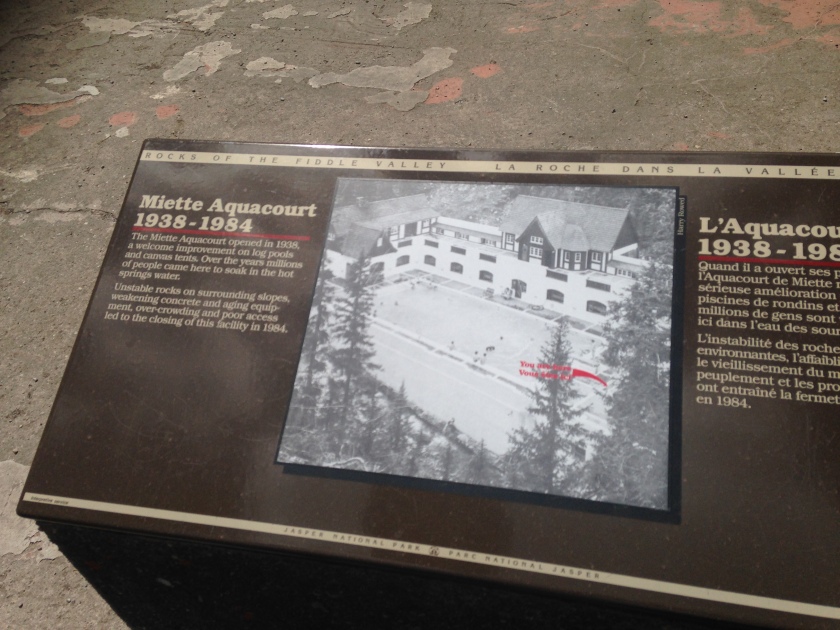 At the end of the hike you see where the spring is emerging from the mountain. There is a  a lot of mineral deposits and a strong smell of Sulphur. 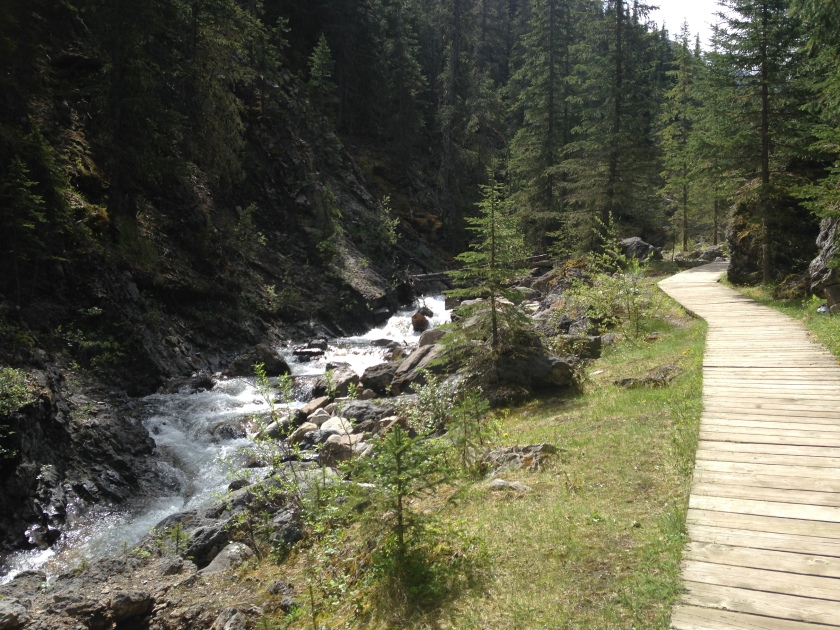 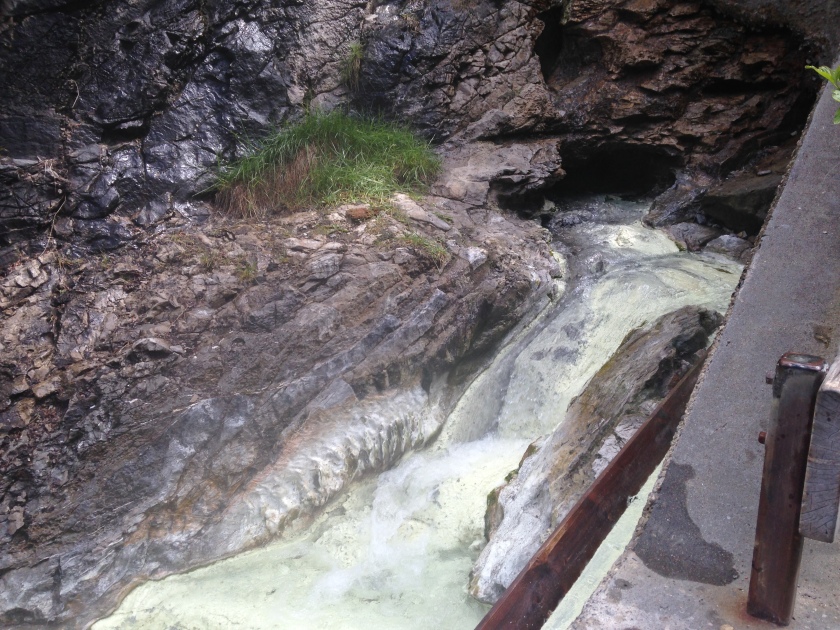 After seeing the spring, we decided to go for the more challenging Sulphur Skyline Hike, which is an 8km round trip, that takes you to the skyline summit, offering panoramic views. Very soon, you start heading into the mountains and the dense forest. The terrain is rougher and the climb gets steeper. 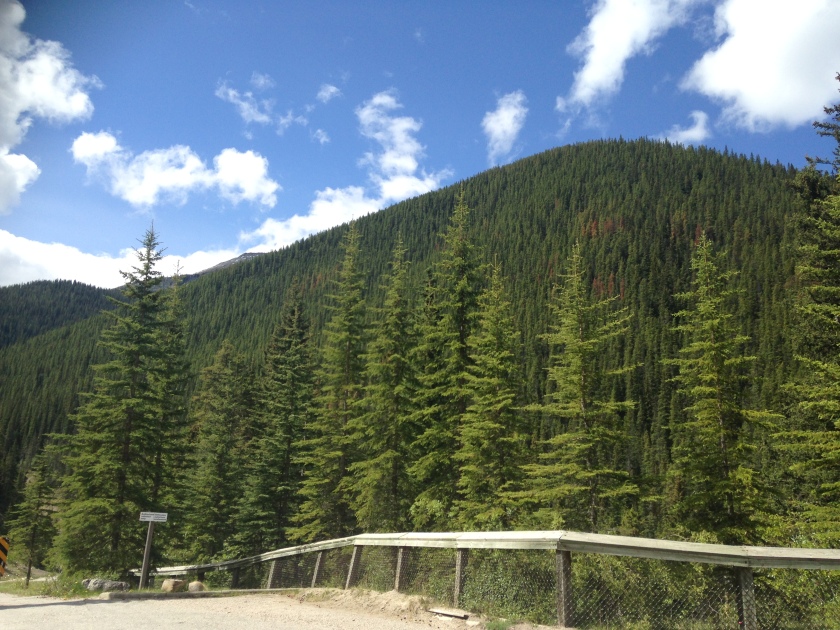 It is at this point I started to get worried about bears. You see, I had read up all the bear advice on the park guide and the Parks Canada website for good measure and the warnings started to ring in my head. Much of the advice centres around avoiding any encounters with bears (talk or sing loudly to alert them to your presence, carry bear spray, travel in groups etc.). There is also advice on what to do if you came across a bear  (don’t run, talk to the bear, and if it attacks, play dead!).  But as far as I was concerned, if you came face to face with a bear in the forest, it’s game over. It also did not help that I had seen the film the Revenant quite recently, so the gruesome bear attack was fresh on my mind.

We were not carrying any bear spray and there was no one else nearby on this trail.  We continued on for about half an hour, singing, shouting and peering around every corner, but after a while decided to turn back as the stress wasn’t worth it.

A little after mid-day, we got back to the car park and decided to go for a soak in the springs.  A single entry to the springs costs 6.05 CAD. You can also get day passes and seasonal passes. Lockers, towels and showering facilities are also provided. There is also a small cafe on site.

There are 4 pools – 2 hot and 2 cold.  As it was early in the season the springs were not very crowded.

After spending a couple of hours in the pools, we decided to head back to Jasper. To be honest, I think we were a tiny bit disappointed in the hot springs. We had been to the blue lagoon in Iceland and were expecting something similar. But the springs were much more “man made” compared to the blue lagoon, and it felt like you were in a normal swimming pool (albeit a hot one), rather than enjoying a natural wonder. It also didn’t help that it was very hot day with sun beating down. I’m certain that a hot spring is a lot nicer in colder weather.

We were heading back to Jasper and we decided to take a detour to see the Maligne lake as it is known as one of the most beautiful areas of Jasper. It is quite a long drive (48 km) off the highway, but we decided it would be worth it. 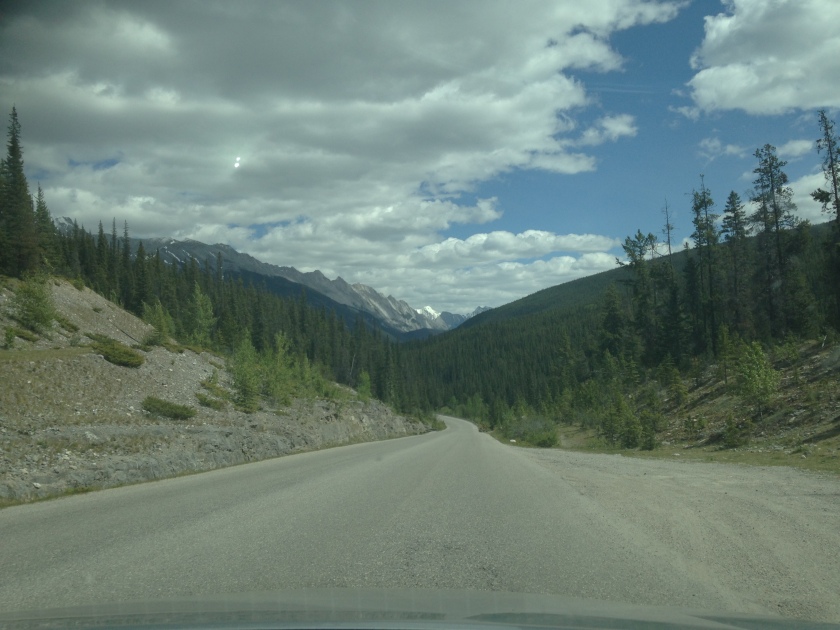 On the way, we passed the Medicine Lake, also known as the Disappearing Lake. Medicine Lake is technically not a lake but rather an area in which the Maligne River (flowing from Maligne Lake into the Athabasca River) backs up. During the summer months, the flow of water is increased, causing the water to backup and create the lake. However, a natural underground irrigation system drains the water from the “lake”. In the winter, there is little water flow,  so there is no lake. This underground irrigation system is connected to many rivers and lakes in the area and is considered one of the most extensive in the World.

As it was early in the season, the lake wasn’t completely filled, but nevertheless, it was really picturesque. 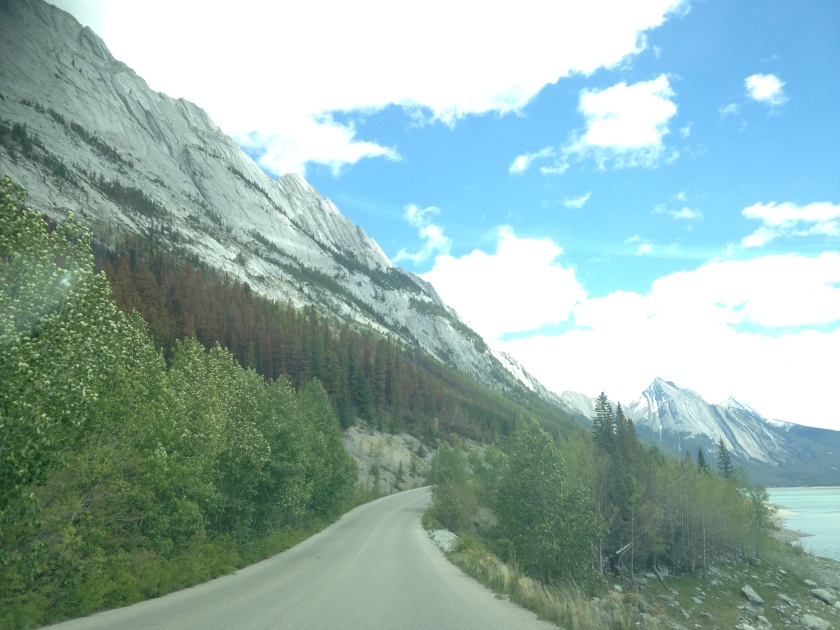 After a 20 km scenic drive from Medicine lake, you come to Maligne Lake. Maligne Lake is one of the most popular lakes in Jasper national park and photos of it adorns many calendars. There are a number of hiking trails here, including the multi-day skyline trail. There is also a lake cruise, but we were too late in the day to catch this. 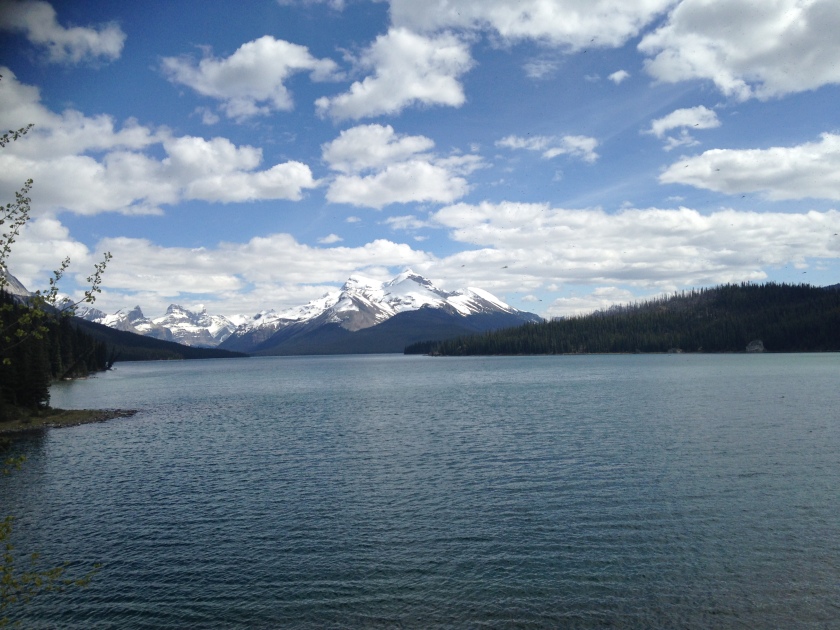 Although we came to the lake late afternoon, we still decided to go for a hike here. (We were feeling guilty about abandoning our hike earlier in the day, plus we had acquired a bear spray by this point, so were feeling a lot braver).

We opted for the relatively easy Mary Schaffer loop, which included lake shore walks for most of the way and the forest for the latter part. 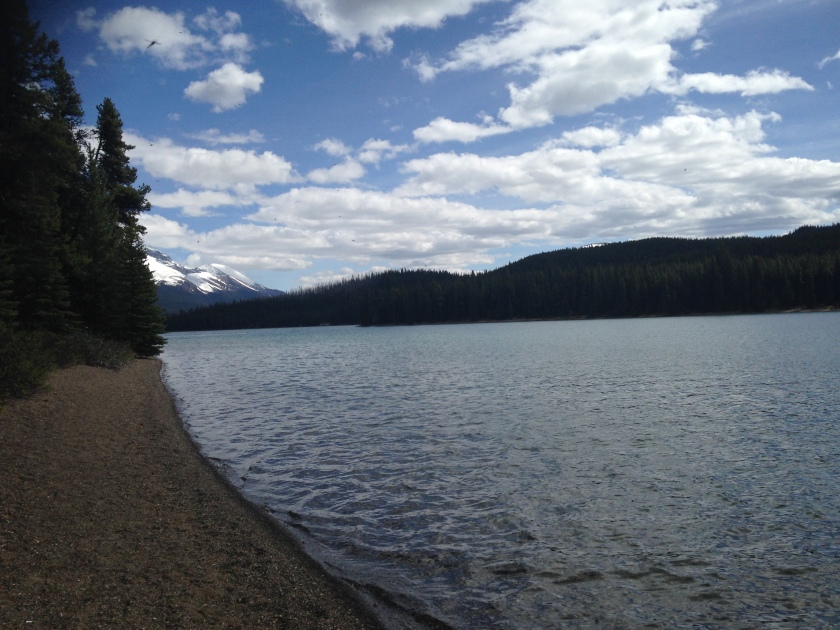 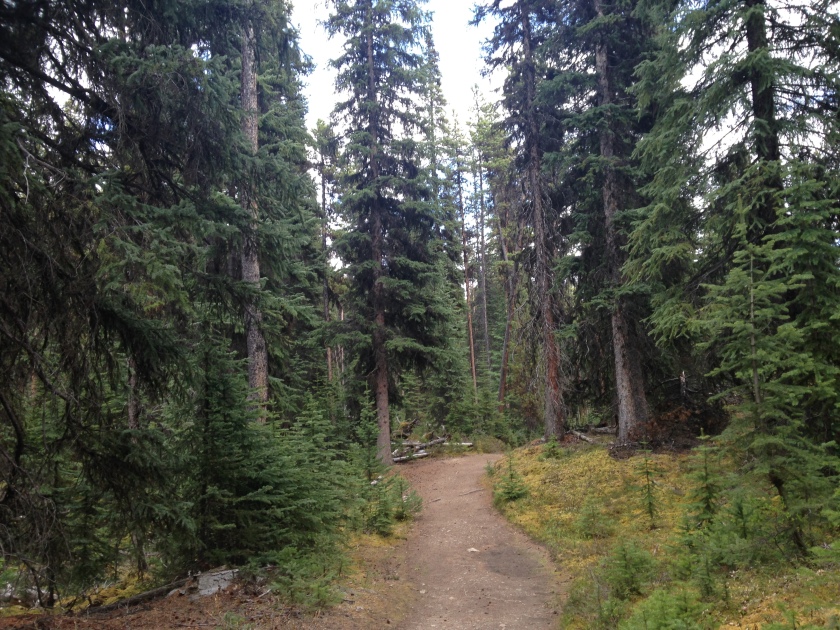 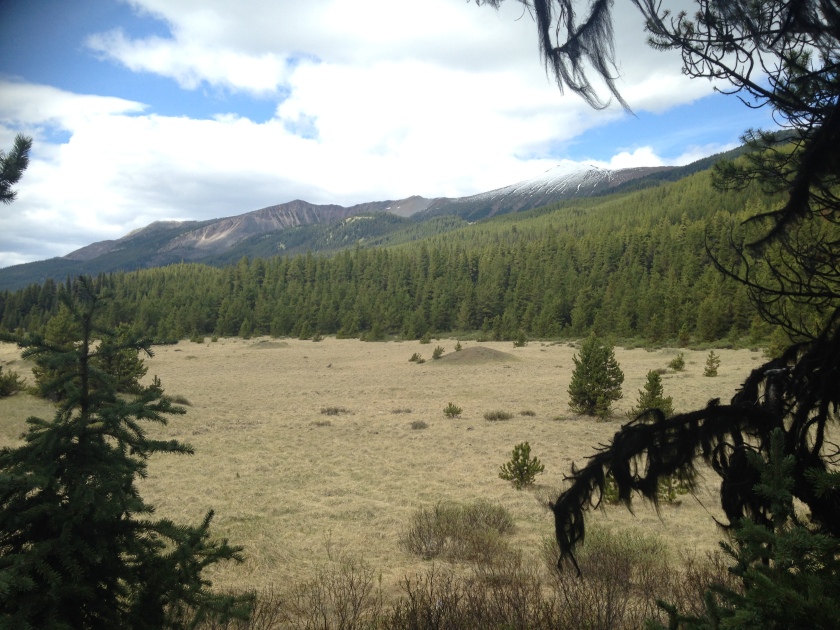 We completed the hike just as dusk was falling, so we headed back to Jasper, tired, but thrilled for being able to experience two of Jasper national parks most popular attractions. 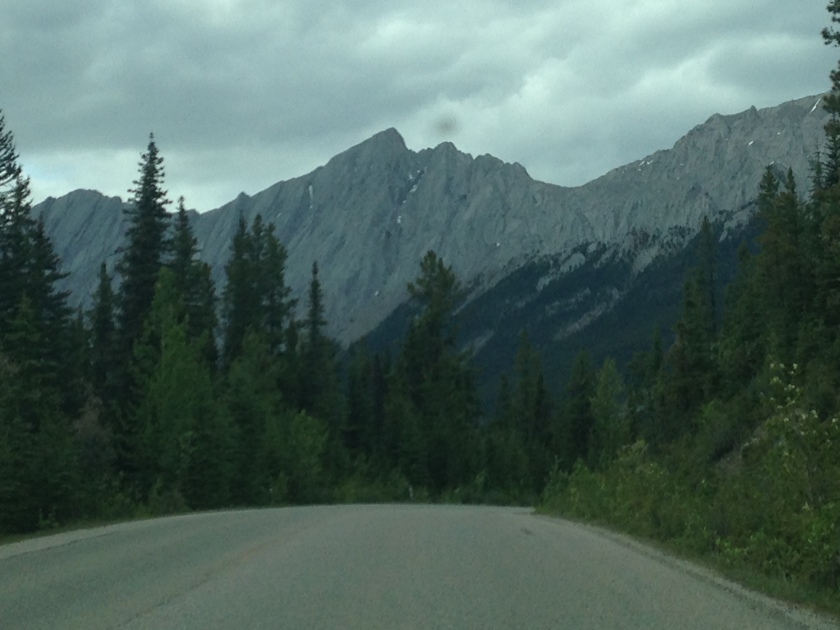 I’m linking this to #wanderfulwednesday with Lauren of Lauren on Location, Van of Snow in Tromso, Isabel of The Sunny Side of This and Marcella of What a Wonderful World